* Mentioned prices may vary depending upon date of travel, hotel availability, surge pricing and seasonal rush.

Tour Starts After breakfast and finish at 0530pm

Guide will drop you at your hotel or. Ganga Aarti point and assist you the Address of your hotel. 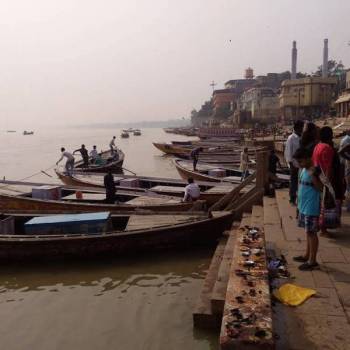 Northern part of the heritage city has always been a cultural, social and financial part of the city. Our walk will take you through the narrow and puzzling Alley ways where most of the tourists get confused to pass through. The best way to experience this walk is to go and get lost in to them. We will take you through the city of lights, the cosmic center of Kashi (spiritual name of Varanasi), Lord Vishwanath Temple (Golden Temple), which is believed to hold the first of the twelve Jyotirlinga (Sacred Light of Life) of the universe.

Winding through fascinating, colorful and buzzing markets and shops, you will visit Manikarnika Ghat, popularly known as 'MAHASHAMSAN', where the funeral fire continues throughout the 24 hours. This makes it a place to learn about the meaning of life and death. Here you will come to understand the philosophy of Varanasi and its contribution to the Indian spiritual life. Here we will try to explain as to why even the death is celebrated in Varanasi. At the end of the walk, you will visit the magnificent old lord Shiva temples which is very unknown by tourist .
Day 2: 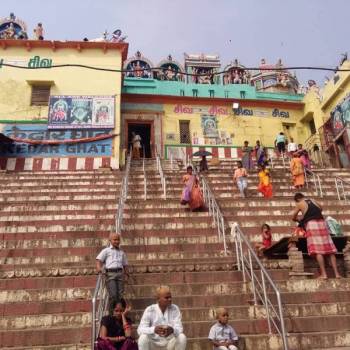 According to the holy testament of Hinduism, the southern part of the heritage city is said to be the most sacred part of Varanasi.

It is a walk which begins from the southern most front of the Ganga River and passes through the holy ponds, sacred temples, on to the landscape of the mystical 16th Century Poet Goswami Tulsidas, who is the re-teller of the great Hindu epic ‘RAMAYAN’. A visit to a sacred well, the water from this well is believed to have the powers to treat infertility.

The walk continues through the courtyards of Muslim silk weavers, who have been hand-weaving, the beautiful and intricately designed Silk Saris/Scarves since centuries in their ancestral houses. The walk continues on to the Bengali Tola, a suburb of Bengali community and the walk ends at the spiritual bathing site called ‘Dassaswamedh’, which literally means the place where ten-horse were sacrificed.
Day 3:

Welcome to "Subah-E-Banaras" Sunrise Boat Tour
There is a saying that ‘THERE IS NO MORNING LIKE THE ONE IN VARANASI. You have to get up early in the morning to enjoy this amazing boat journey at dawn, while sailing in the boat, you will see the locals and the tourist worshipping, bathing, practicing yoga on the Ghats of the river Ganga while our guide will explain you the story behind all the Ghats. The boat journey starts from the Southernmost Ghat and ends near the northern side of the river. The tour ends with a short walking tour for an hour to see the alley ways and ancient way of life of Varanasi.

Afternoon check out hotel and drop to Varanasi Airport 'station