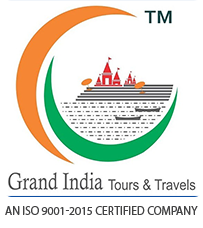 Culture of Bihar Besides usual rural handicrafts like hand-painted wall hangings, wooden stools, miniatures in paper and leaves, stone pottery, bamboo, leather goods and appliqué work, Bihar is famous for its Madhubani paintings. These works of art often adorn city homes and are also exported. A strict monopoly of women of Mithila, Madhubani artists work with natural colors on paper and cloth, making works that narrate mythological and religious events.

Ancient designs in bright colors can still be seen on the mud walls in the districts of Saharsa, Muzaffarpur, Vaishali, Darbhanga, Samastipur, and Bhagalpur and of course Madhubani the trade centre for this unique art.

Since most of the people are Hindu,traditional festivals like Holi,Saraswati Puja,Durga Puja or Dussehra,Deepwali and Bhaiya Dooj are all celebrated.But Chaath dedicated to Sun God is one festival that is unique to the place.The festival begins on the fourth day of the month of Kartik Shukhla Paksha(second fortnight of Kartik).This will correspond to late October to mid November depending on the year.It is one of the holiest festivals for Biharis and extends to four days.

Bihar has a very old tradition of beautiful folk songs sung during important family occasions such as marriage, birth ceremonies. They are sung mainly in group settings without the help of too many musical instruments though dholak and occasionally tabla and harmonium are used.

Bihar also has a tradition of lively Holi songs known as Phagua filled with fun rhythms. During the 19th century when the condition of Bihar worsened under the British misrule many Biharis had to migrate as apprenticed labourers to West Indian Islands, Fiji and Mauritius. During this time many sad plays and songs called Biraha became very popular in the Bhojpur area. Dramas on that theme continue to be popular in the theatres of Patna.

Theatre is another form in which the Bihari culture expresses itself. Some forms of theatre with rich traditions are Reshma-Chuharmal, Bihula-Bisahari, Bahura-GOrin, Raja-Salhesh, Sama-Chakeva and Dom-Kach.These originate in the Anga area of Bihar.

Bihar is truly colorful state and a great tourist hotspotAirfares train fare.
Any monastery entrance fees, Any Joy ride or rafting.
Medical expenses (apart from first aid) and insurance of any kind.
Tips, laundry, liquors, wines, mineral water, telephone charges, camera fee and items of personal nature.
Transportation is not on disposal basis. It is strictly as per the programme, any extra running will be charges extra.
Any other item not mentioned in the cost includes section.05-0430-09